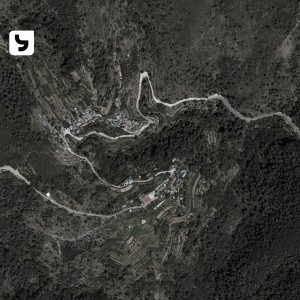 There are life journeys, there are journals, and there are musical journeys. However, today I am going to introduce you to a journey made by music and sounds. @c is a Portuguese duo formed by the sound artists Pedro Tudela and Miguel Carvalhais. Both have important experience within the experimental electronic music and have released several albums on their own label Crónica Electronica and on independent labels.

The aim of their creature Re:Fujaco is to filter still life and nature, alternating and distorting it thanks to music and samples, voices and patterns, in a continuous pinball match between the environmental landscape and musical deformation. Re:Fujaco is an album made up of one 32-minute-long song, called 89: take Roll the Dice-y musical tension, Eddie Vedder’s outings and John Cage’s heritage, already pursued by the genius of Brian Eno and Matthew Herbert’s trilogy. Therefore, we gather that this album-journey is not an easy listen, as it requires some time just to be listened, better if with one own’s eyes closed: we are in the mountain village of Fujaco, in São Pedro do Sul, (Portugal).  Microphones can barely record steps on the grass, the animals whispering and caves that almost teleport the listener in a tense atmosphere. Thanks to the union of drops and basis, samples and abnegating gaps, emphasizing the dark solitude of the journey, the record gets more and more a Trent Reznor-esque haunting atmosphere of secret cavities, as pauses have the same relevance of the sound. Reaching the end, fragments of fire crackling, silence and voices overlap in a net of improvised snip-snapping, almost resulting in an unconventional melody, just before losing itself into nature.
From nature to music into an unconventional and yet fascinating evolution, this journey explores the visual power of field recordings, and how even stones and buzzing flies can make music.